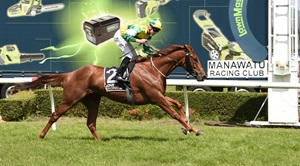 It is all hands on deck in the Rogerson household again this Christmas as the in-form stable prepares for the Boxing Day races at Ellerslie where they will saddle eight runners, including Gr.1 Cambridge Stud Zabeel Classic (2000m) favourite Beauden.

While for most, Christmas means a day of rest and time spent with the family, the Rogerson family will be doing plenty of the latter, but without the rest.

“I give a number of the staff Christmas Day off, which means we do a bit more work ourselves, but we are lucky that the whole family loves horses,” Graeme Rogerson said.

The veteran horseman, who trains in partnership with wife Debbie and granddaughter Bailey said they would be up and at it from the early hours of the morning as per usual before the festivities begin.

“Bailey and Michelle (Northcott, Bailey’s mother) plus my son and the grandkids all get involved and of course Debbie works as hard as anyone I know and will be out there from 3:30am.”

For racing enthusiasts, Christmas lasts for two days, with Ellerslie on Boxing Day one of the highlights of the year, and Rogerson believes his team of runners will make their mark on the big day.

Five-year-old gelding Beauden has been the beneficiary of a patient approach and has been installed a $4.80 favourite in the feature of the day following his stunning last start victory at Awapuni, where he trounced his rivals despite knuckling at the start and nearly losing the rider.

“He is a horse that just keeps getting better and better,” Rogerson said.

“Joan Egan is a great owner. She has just waited and waited and the horse has come first. I think he is a staying horse and his work this morning (Tuesday) was as good as he has ever worked.

“He is a beautiful natured horse and you can ride him anywhere. From barrier 10, I imagine how he jumps will dictate how Ryan (Elliot, jockey) rides him.

“He has come a long way in a short period of time from a restricted class horse to a Group One weight-for-age favourite. While it is a big jump in class, I think he is up to it.”

Rogerson will also have Contessa Vanessa is the Zabeel Classic, with his former apprentice Rory Hutchings home from Sydney for a few days.

“Rory rode her in work this morning and he is going back to Sydney on Sunday ahead of the New Year’s Day races, but he will ride four or five for us at Rotorua on Friday as Ryan is going to ride at the New Plymouth meeting on the same day.

“I was disappointed with Contessa Vanessa the other day at Te Rapa (when 11th in the Gr.2 Cal Isuzu Stakes over 1600m). She over-raced and did a lot wrong, but on her day she is a bloody good mare and she looks the part.”

Quality three-year-old Aalaalune will represent the stable in the Gr.2 SkyCity Eight Carat Classic (1600m) and Rogerson said a line can be ruled through her last start fourth, where a substantial delay at the start saw the filly get quite worked up.

“Ryan thought she ran her race before they jumped but she has trained on well since.

“I think she is crying out for a middle distance and she will more than likely back-up on New Year’s Day in the Royal Stakes (Gr.2, 2000m).”

Four-year-old entire Mr Universe is another in supreme form of late and he will tackle a strong Listed field in the Hallmark Stud Handicap (1200m), where the winner is exempt from the ballot in the Gr.1 Sistema Railway (1200m) on New Year’s Day.

The field is headed by Group One winners Santa Monica and Avantage, but Rogerson feels his speedster is a horse on the up.

“He is a really good horse. He has to run in the Hallmark to get into the Railway. He is a beautiful horse and is certainly a top-class sprinter in the making.”

Meanwhile, Rogerson believes his best chance of the day comes in race two, where impeccably bred first-starter Brazier contests the Stella Artois 1100, with the colt a $4.50 favourite.

The two-year-old son of Iffraaj and Katie Lee, whom Rogerson trained to win both the Gr.1 New Zealand 1000 and 2000 Guineas (1600m), impressed when winning a recent trial at Te Aroha.

“I think he is something special. We had a really good colt out of Katie Lee a few years ago and he had a pedal bone issue and unfortunately had to be put down. I think he is some horse Brazier and he has a lot of quality so I am looking forward to Thursday.” – NZ Racing Desk