Promising apprentice to have first ride at Riccarton 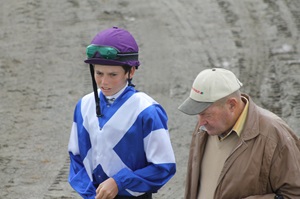 Promising North Island apprentice Ryan Elliot will add a new experience to his riding resume when he ventures to Riccarton for the first time this Saturday.

Elliot will kick off his second full season in the saddle when he takes three mounts for his boss Graeme Rogerson at Riccarton this weekend as he and wife Debbie send a strong team south to contest the three days of Riccarton’s Grand National Carnival.

The three-kilogram claimer has attracted attention with his rapid development over the past few months in a season where he tallied 21 wins to place him in the top 15 apprentices on the national premiership table.

“I think he has a very big future in front of him and this year he could end up as the leading apprentice,” advised Rogerson.

“He is just getting stronger all the time and that has shown in the way he has developed with his riding.

“He reminds me so much of Rory (Hutchings) at a similar stage of his career and you’ve seen what he has gone on to do.

“We’ve got three good rides for him on Saturday while he could also pick up one or two for outside stables as there have been a few calling to see if he was coming down with our team.”

Rogerson also advised that ex-pat kiwi Richard Cully would fly in from his Australian base to take the ride on Zenocoin in the NZI Koral Steeplechase on Saturday.

“Zenocoin has thrived since his win at Wellington so he will line up in the Koral on Saturday with Richard coming over to ride him,” he said.

“Provided he comes through the race okay he will start in the Grand National on the last day where Richard will take the mount again.” - NZ Racing Desk