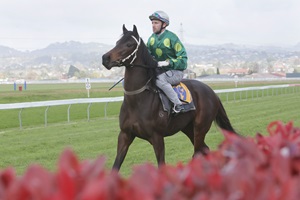 Graeme and Debbie Rogerson are planning a hefty attack on the opening fillies’ classic of the season.

The Tuhikaramea trainers have a number of three-year-olds pencilled in to make the trip to Riccarton for the Gr.1 gavelhouse.com New Zealand 1000 Guineas on November 18.

Among the travelling troupe will be Gift Of Power, who enjoyed an impressive juvenile campaign with wins in the Gr.2 Wakefield Challenge Stakes (1100m) and the Listed Wellesley Stakes (1000m).

The daughter of Power was also runner-up in the Gr.3 Eclipse Stakes (1200m) and was turned out after an interrupted run saw her unplaced in the Karaka Million (1200m).

“I’m happy with her and she’s going to run at Taupo on October 11 and then we’ll find another race for her before Christchurch,” Graeme Rogerson said.

Gift Of Power was a 1000m trial winner at Te Teko last week and a number of her stablemates in Guineas contention were also in action there, among them Malambo. She wasn’t pressured to run second over 800m in the hands of Rogerson’s grand-daughter Bailey.

“I really like Malambo and Bailey didn’t move on her,” he said.

Malambo, a daughter of Duelled who was bred by Rogerson, won twice last season and she has already added to her tally this term with an age group success at Te Rapa.

Contessa Vanessa and Mutechi are others in the Guineas mix and they also enjoyed quiet trials at Te Teko.

“Contessa Vanessa will probably kick off at Te Rapa on Friday,” Rogerson said.

The Bullbars filly collected victories at Avondale and at Pukekohe Park during her juvenile campaign while Mutechi broke her maiden at Matamata.

Meanwhile, stakes performer Nuclear Fusion has had a light freshen-up after disappointing when running fifth in her last start in the Listed The O’Learys Fillies Stakes (1200m) at Wanganui last month.

Rogerson said the multiple float trips to the Central Districts because of race adandonments had flattened the Power filly, but she is back and is being set to make the trip south in November.

“She is back and worked this morning and is going to run at Matamata over 1400m and will then more likely run in the Soliloquy before heading to Christchurch.” – NZ Racing Desk